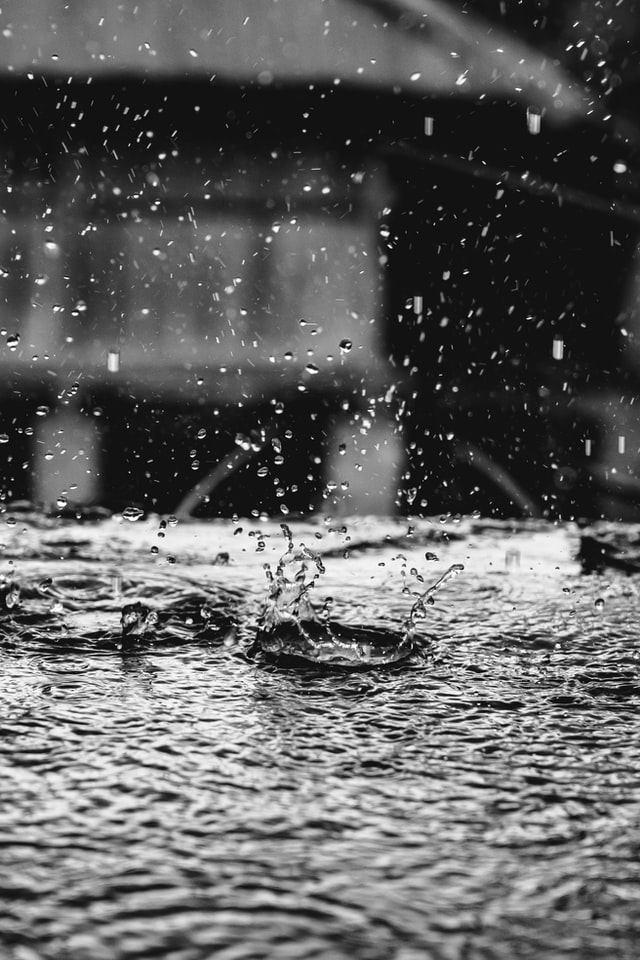 After that cool weekend in Louisville with my step brother, friends and girlfriend (Now wife), things were cool and I proudly announced that my great aunt had invited us to move into her house and I accepted. I told my dad that I had some things to get settled and that we would be moving in a couple of months.

I was so glad. I was going nuts in Chicago and I couldn’t sleep. At times I would be screaming and I was hoping that Louisville would be much quieter. As I got to my southside Apartment, I was glad to see my cat. My son was still at my parents house but it was already late so I figured that it can wait till tomorrow.

I started to hear a low beeping noise. I searched around the apartment and I couldn’t place the sound. I looked up at the smoke detector and I still cannot tell because the noise was so faint. Not to mention, I do have a mental disability so I better ask for help.

I called the landlord downstairs and she sent up her son. “Do you hear that noise?” “No”, he replied. I walked him to the door and I took out my phone to record it. Next, I called my dad and let him know that I am coming to pick up my son even though it’s late.

When I arrived at my dad and stepmother’s house 45 minutes later, they urged me to relax and stay the night. I chatted about the trip and then I showed my dad the video of the low beeping sound. My dad said, “your smoke detector needs a new battery”. “Really?” I was flabbergasted. Why didn’t the guy just say that? I was so upset. Was he trying to trick me for some reason?

The next day my son and I traveled back to the city. We got a battery for the smoke detector and I planned our move, good riddance.

My landlord’s other son, the cop served me a letter for a rental increase and I politely refused and let him know that we are moving.

My great aunt demanded that I declaw my cat before I bring her down, so we made a trip to the veterinarian. I was told by a lot of people not to do this to my pet but in hindsight, my furniture is much better off now. Also, we love her so much that she will never have to fend for herself in the streets anyway.

In Louisville I loved my great aunts house. It was in a vintage French provincial style which was so nice and feminine. I’m not really used to all of this curved stuff and lace. Also, it’s not stuffy like old granny stuff – it’s pretty.

I especially loved getting to live upstairs. My room was huge and my son’s room was a nice size. My great aunt lived in a granny suite on the first floor and I was hoping that things would work out because I have been stressed.

I unpacked our things and ran around town to change our records and get my son into school. I gave people as little as possible. Only what was vitally necessary.

Eventually I set to the task of hooking up my sound equipment, my room was so spacious that I was able to keep it there- temporarily. I was also looking in the papers for a studio space to rent.

My great aunt was a good cook and was getting up in the morning to make my son breakfast. I never did much for my son in the morning. He’d get a big bowl of cereal and we go. I felt guilty about breakfast. “You have to give him a good start to his day“, I slyly responded, “I am glad you don’t mind getting up”. I thanked her And we went off to the school bus. Down here it’s still dark in the morning. I would sit there in my car because of this.

On the news: the river is rising and it might flood. Families near the river are sandbagging. I was worried about this but it seemed like things would be OK near our place but I had to put my studio rental search on hold because the downtown area was flooded.

So I stayed around the house and decided to work on some music and it just disappeared.  I was also still really symptomatic. I tried and tried but still no use so I decided to put the music stuff on hold until I find a space. I also contacted a lawyer about the most recent streaming site class action. They were taking too long to get back to me, and I wondered if they hadn’t realized that I am the same person that they met in Chicago. Eventually, the water recedes and I can begin my studio search.

My great aunt is complaining about how messy I am and I am offended. Then I enter my son’s room and it is disgusting. So I clean it up and throw things out. She was right, I need to stay on top of this messy room that my kid has.

In addition, my other great aunt was hospitalized with pneumonia and she pointed out that the time that she had it before, she was in the room that I am currently in, and she slept in the same bed.

My other great aunt came for a visit and I was stuttering and twitching a bit. I was pretty embarrassed and quickly excused myself to my room. Next, I fell asleep for two days. My son miraculously got himself off to school. I took my temperature and I was running a high fever. My mother was on her way down now as we speak.

I realized that since I could move I really better go to the doctor. I was the only driver in the house and I needed to get going. I drove downtown to the place my great aunt suggested and the diagnosis: pneumonia. I took my prescription and headed back.

My mom was due any minute and all that I could do was climb back into bed. No way could I pass this to my great aunt. So I ran my son back-and-forth and I gave him a mask and gloves. I quarantined myself in my room and I felt like the worst host ever. My mom practically told me so but she was polite at least.

Eventually, I started feeling better and my mom went back to Chicago. Afterward, I decided that this room needs a massive cleaning overhaul. I am the second person to get pneumonia in here. I washed all of the linens, including the curtains. To my surprise, all of the windows except for one were painted shut for some reason. The one window that did open had a wasp nest nearby. The wasps were all around. No matter this room seriously needed to be aired out.

My great aunt had a conniption over those curtains. They were a pretty cotton rayon blend with a nice flower pattern. She was pissed. “But they were just hemmed, I saved all of your pins.” If she could’ve killed me she would have and I totally didn’t see why she made such a fuss. I was coughing a bunch and my other great aunt probably did too. Everything had to be sanitized.

Things were never the same between us. I didn’t know how to pin those curtains back together but eventually she went ahead and did it herself. Then, she started letting the cat outside. I thought that she might run away but she hung out on the front porch and many other cats started calling on her. My kitty is really friendly, I guess.

After looking at several spaces I eventually settled on the Mellwood arts building. I grabbed my gear and went over there relieved that I can stop spending so much time at home.

Getting in was a relief. I got my rental insurance and got going. I was still pretty stressed and it was coming out of my music. I recorded, “prostitute” singing at the top of my lungs. I stepped out into the hall and saw a bunch of pretty ballerinas with their mothers. Oops. I’m gonna have to work different hours.

I finally get on track with the studio and I hope that I had not perverted any young minds. Inside my heart I was apologizing profusely. I made trips to the thrift store and the home improvement store daily.  My son helped me bring in the furniture and I was so pleased to finally be back in my happy place.

My next move was to migrate the site to a new host and platform. I also changed the URL from Chicago genius.net to daisyfriday.net. I figured that I didn’t need to be such a Chicago local anymore. I also recorded, “oppression quotes 2”, ”TTYL”, “Sunday bullshit”, “Seasons”, and “Nega mi”.

I started coming to the studio around 11 PM every night and worked until just before school starts for my son in the morning. I slept throughout the day and I hoped that I wasn’t doing anything else to get on my aunts nerves. I really liked how things are shaping up. I especially liked the fact that I migrated the entire site in two weeks.

Spring came in with a bang. We are watching the news in the kitchen and the prediction is rain. The lights blink and, “boom“. A tornado just blew down our block and a tree is laying on my car. My great aunt gets on the phone and calls my other great aunt, the owner of the house, and she proceeds to try and explain the situation. My other great aunt then contacts the tree removal people. My block had multiple trees down. I asked her to make a claim for my car, it was just parked in the driveway. “What about my car?”

The nice fireman finally come and give me a tarp to put over my car to keep the rain out. Next, this hot guy in a really pretty vette pulls over to see if I need any help. Then he asked me out and although I was really stressed I had not done anything but work in a long time.

That night, The guy takes me to a cool restaurant on the river and he was totally an a-hole but I was hoping that it was for good reason. I am not sure if I’m strong enough right now for this dude so I asked to be taken home and I thanked him for a nice evening. As we pull up, can see my stupid car and ten cats sitting on the front lawn. 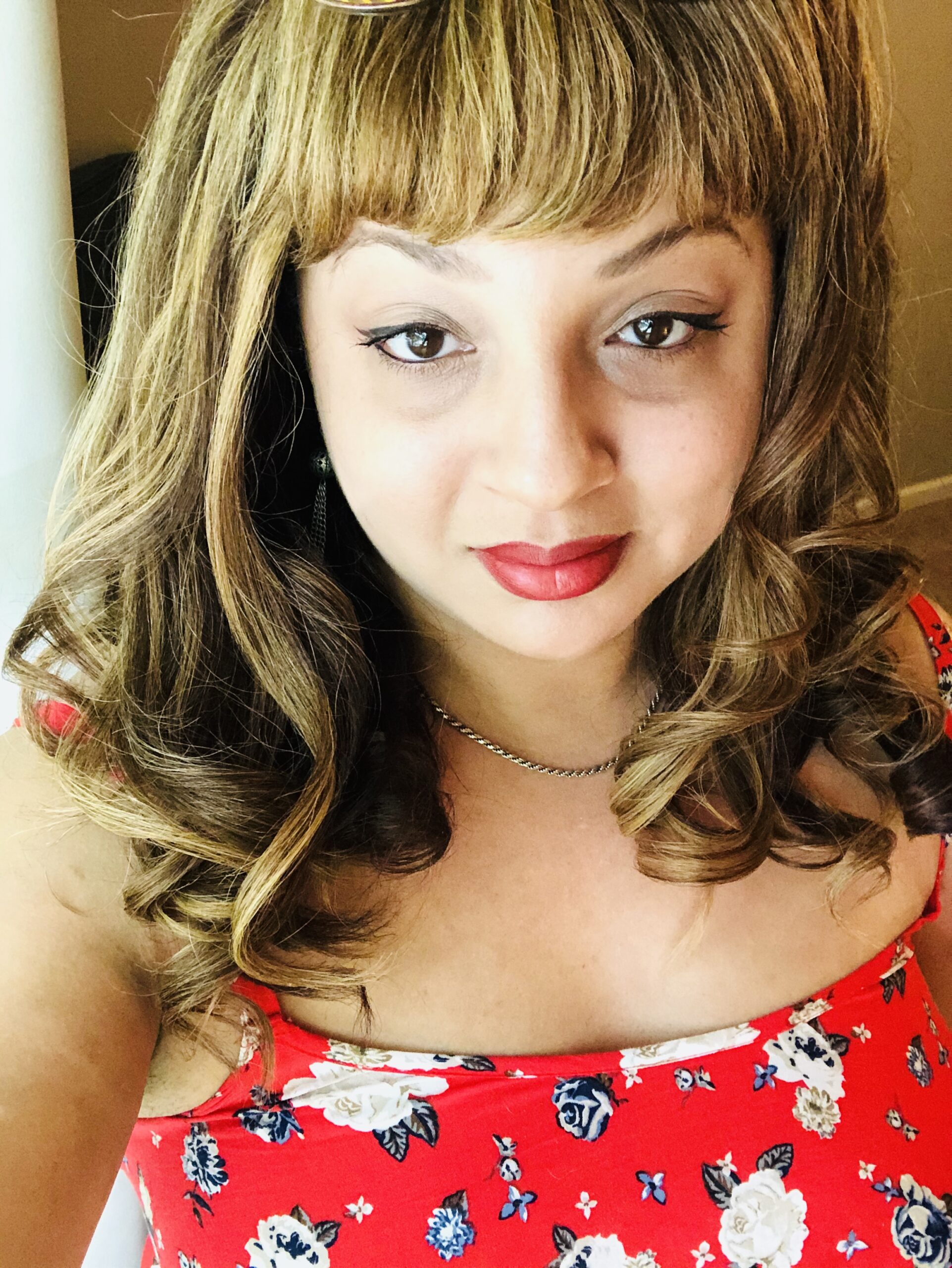 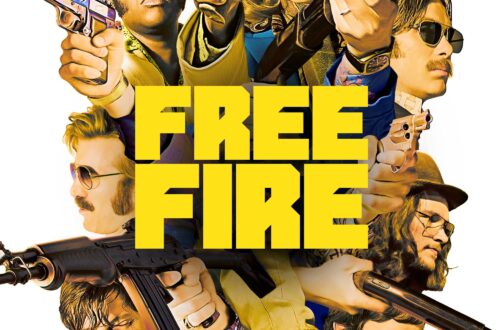 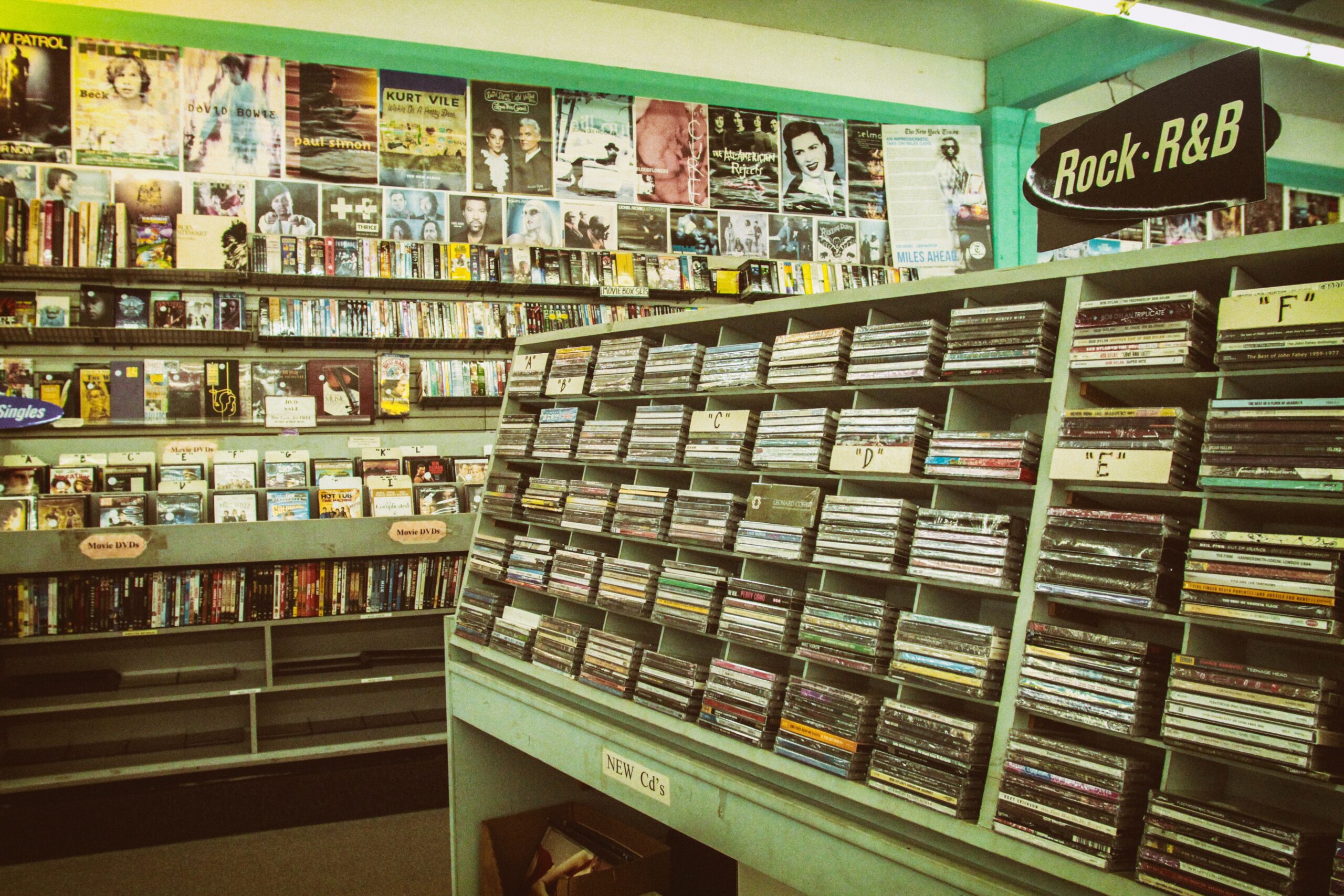 career moves while in college 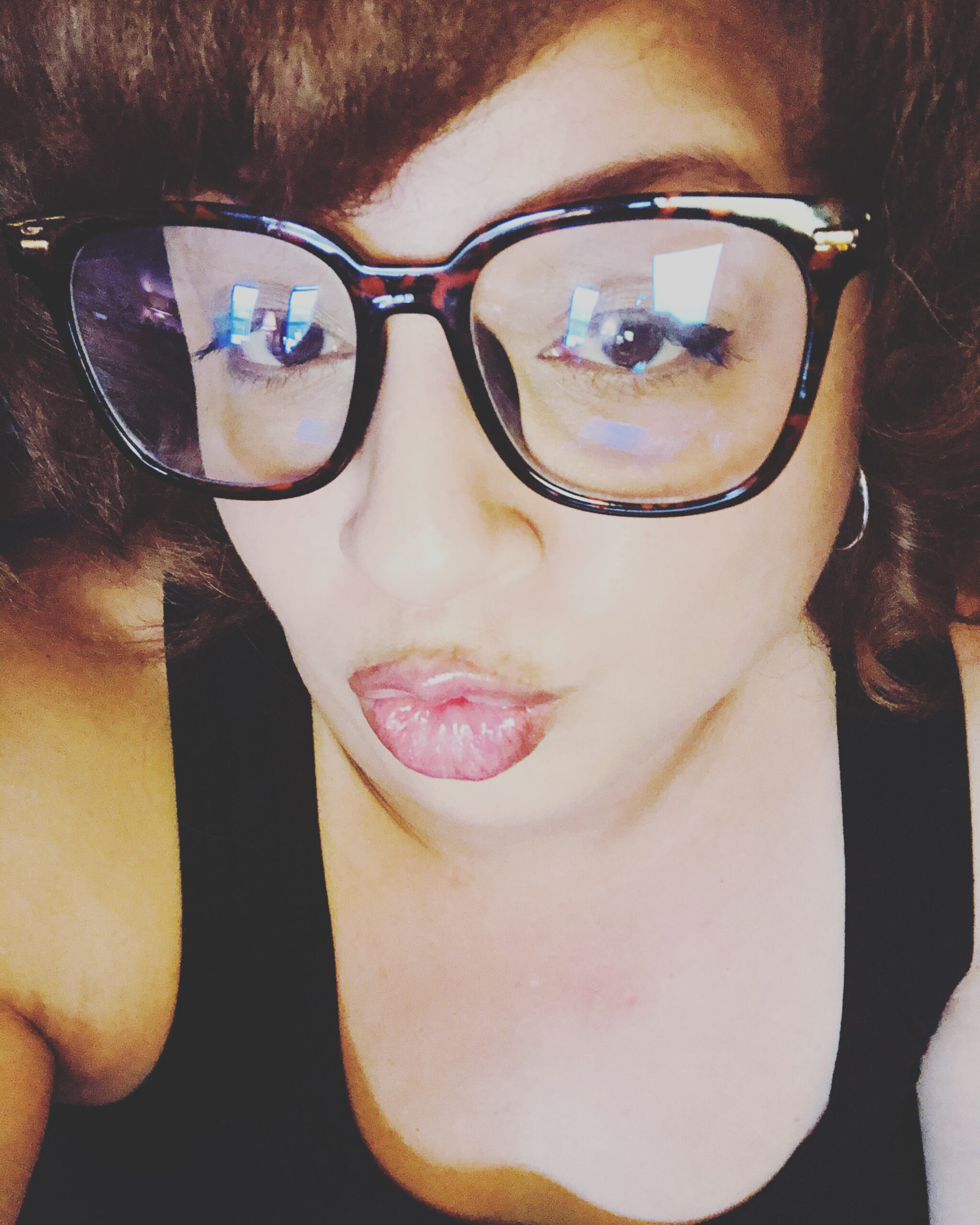